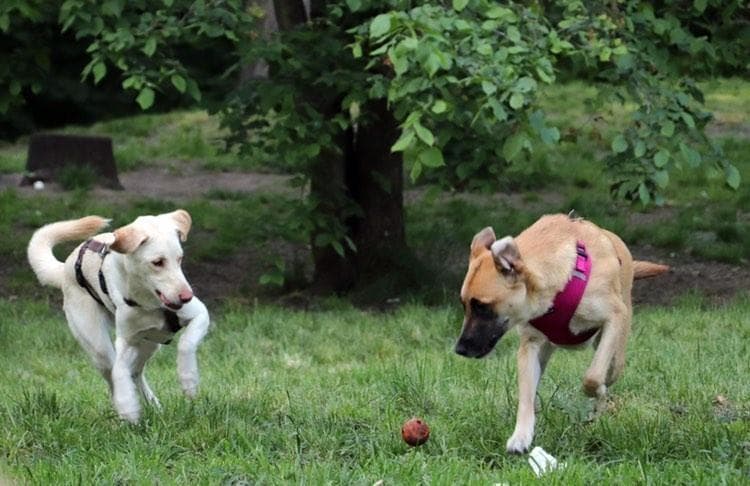 Reality has taught us in a seemingly hard way that in situations when someone’s life could start so meaningless, we don’t question us why, we react. After a call that a neighbor had found a plastic bag full of puppies we rushed to try to save them and put them in a safe place. As the first photo says it all, they quickly became our most beloved neighborhood dogs. They even got their own improvised houses between some bushes, all the food in the world and we got in return the sweetest souls out there.

From the very first moments when we started taking them to the vet for vaccines, treating them against parasites, we only got such respect from them as they have understood that yes, not all humans are bad. All of this while they were becoming the stars in the neighborhood. Laying on the grass always next to each other, caring for each other, respecting the other homeless dogs, people and kids. They just stole our hearts, and also filled the memory of our phones because they just couldn’t stop posing for us 🙂

Life on the street can be nice for some dogs, but there is always a threat. As they grow bigger, they have to be slowly removed from the street. Now, having all those cute photos of them really helped us with finding adopters. Three of the girls (Fiadth, Anouk and Myrna), their brother Malik and their best friend Kai (also thrown on the streets as a baby in the same period) found their beautiful family in Berlin. Sadly, during one of the nights one of the girls got lost but we haven’t lost our hope in finding her.

The successful story will be fulfilled when they all find a home. Our successful mission will be accomplished when there are no people who believe an innocent soul can be extinguished by throwing it as garbage.

This is why – spread love for strays and adopt, don’t shop!