Peace activism in Serbia implies women striving to contribute to lasting peace in the Western Balkans. Lasting peace here is not just a state of non-existence of current war conflicts, but also the non-existence of any possible type of conflict and violence, as in a physical manner, as in narratives (in political, public space and in media).

As you can assume, this is one of those everlasting fights, or as the majority would say, a „quixotic struggle“. Peace activism in Serbia arises with the beginning of SFRY dissolution, as in other ex-YU countries. From then, 30 years have passed. What has really changed? We do not have wars anymore in the Balkans, but we are far away from the state of peace in which we would like to live in. During this period, Serbian feminists have invested a lot of their own energy and effort in creation and promotion of peace, but also on the changing of the narrative. A narrative which is still „in the air“ like air pollution and says that we are enemies to each other, even though we’re striving regionally and jointly to be full member states of the EU and respecting European values. And this hatred will never be stopped because crimes and misdeeds cannot be forgiven. And they cannot be forgotten. And there is a collective guiltiness by whole nations. Of course, you will never hear this in this format, those messages are „elegantly“ placed and launched in the Balkans political ether in the sake of bewitching whole nations.

Activists agree on the aforementioned just on the next thing: to never forget, because if we forget it it would happen again. In the fight against this decade’s toxic narative, a feminist approach to peacebuilding is neccessary. This specifically means to implement (to live) values which are tighthened to feminist etics: solidarity with sisters and co-fightes, no matter which religion they practice or if they are believers at all, which ethnic community they are coming from, do they speak same language as we do. Above all, there is care for other women and with that work on the improvement of conditons for peacebuilding and development od democratic societies.

This is a unique methodology on which Serbian peace activists have held almost 3 decades and in each of those decades they are inventing new approaches in this fight. Each decade in the Serbian political discourse has been caring its own challenges: The 90’s were the toughest ones, as for the whole society which was in the state of dissolution, as for all activists who had to invest extraordinary efforts to keep values for which they’ve been fighting and to practice them every day. And not to implement them just in their private and work life, but to remind the society which ones are falling apart, but with aim to reintegrate itself again at some point, on a healthy basis, firstly throwing off bloody nationalism as a „leading star“. The 00’s then brought additional burden of transition process which has stuck itself on an already devastating economic and political situation in all Western Balkans states and which has already complicated life and women’s position in all communities. The unilaterally declaration of Kosovo’s independence woke up the „old ghosts“ of dormant conflict and was warning that bad relations between Serbian and Albanian communities should not be neglected anymore.

It has to be emphasized that “good luck” for peace activism on the Balkans is that the majority of nations speak very similar or the same language (BHSM). With that, the reconciliation process among nations of ex-YU countries have had that comparative advantage and this process was moved forward in 00’s. Also, a comparative advantage has been brought up with strong feminist movement in almost all Western Balkans states, which owns a lot to the „liberal set“ of socialistic Yugoslavia, in terms of women activism. It was not an idealistic situation, but at least it created a frame for their future work, endeavour and sustainability which we perceive nowadays. Exactly, non-existence of a common language is a key element which gravely slowed down the reconciliation process between Serbian and Albanian communities. It has also been decelerated by the Yugoslavian heritage: Kosovar Albanians have been mostly ghettoized as a community in SFRY and the majority of them had never „found themselves in the story“ of unity of all nations ad nationalities. 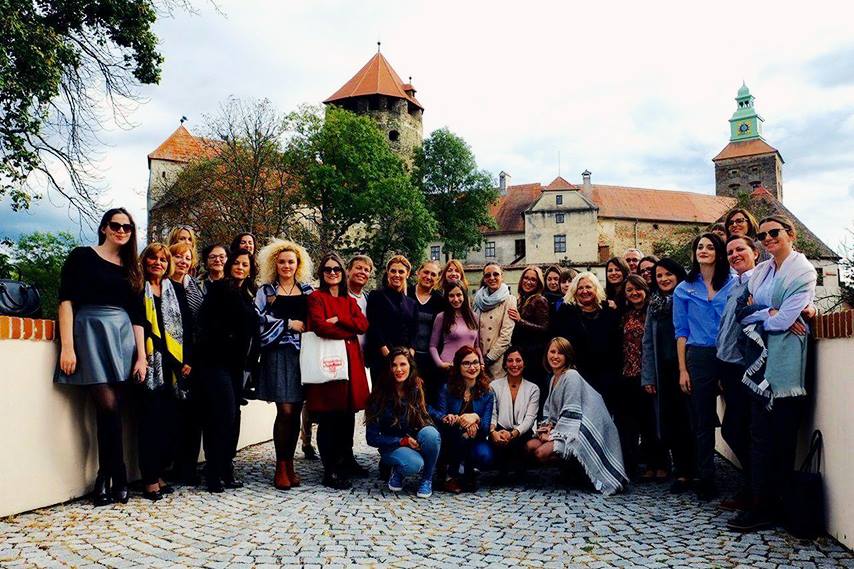 Serbian politics from the 2nd decade of the 21st century is overburdened with the Kosovo question. It it’s the most important foreign policy question and a „Gordian knot“, which has started to untangle during the Brussels dialogue process (an on-going dialogue between Belgrade and Prishtina moderated by EU). Unlike the 00’s when the reconciliation process was perceived as a „non-aggression“ status (in the political narrative) and re-familiarizing among communities (huge contribution to this process was given in a big part by women movements and women-led CSO’s- Women in black, Humanitarian Law Center, Center for Cultural Decontamination and many more) in the last 10 years, women peace activism was focused on the reconciliation process between Serbian and Albanian communities. Some would say, international donors of the projects insist on that. This is not so far away from reality but before everything, this course of finally dealing with the process of „let’s get to know each other“ between two communities (Festival Mirdita, Dobar dan organized by YIHR (Youth Initiative for Human Rights) in Belgrade annually), and with that the reconciliation process, came from a crucial necessity. For many years, peace activists have been pointing out the problem of „turning head on the another side“ from dealing with the Kosovo problem and by that, the neglecting importance of resolving this question, which in practice means a high level of distrust and intolerance between Serbian and Albanian communities.

What I can personally testify, as someone who has been active in civil society sector since studies, is a higher number of projects whose aim is meeting and networking of young people from those two communities. Without acquainting of those from „the other side“, there is no trust-building, mutual understanding, nor the reconciliation in the end. Speaking about projects, I mean frames within women peace initiatives that have continued their work, but which also strive to establish new peace movements and women’s network. Those new initiatives are not new just because of the faces (girls and young women active in their societies eager to take a part in peace activism) but by new approaches to the reconciliation process: group exchanges of girls and journeys to the territory of Kosovo and Serbia, workshops which deal with topics such as interculturalism, prejudices, conflict resolutions, political participation of young women and civic (peace) activism. Some initiatives are not just political (first one of that kind is Follow us initiative, consisted in majority by Kosovar and Serbian women parliamentarians, as well activists and other publically known prominent women, organized by OSCE Mission to Serbia and OSCE Mission in Kosovo) but has a strong cultural component in self (artist and cultural workers exchanges). Tailor-made programs for young women that stood out are Young Women Peace Academy for young women from Serbia and Kosovo, which was organized in 2015 by Swedish foundation Kvinna till Kvinna and Dialogue Academy for Young Women that has been organized since 2015 by OSCE’s Mission in Serbia and OSCE’s Mission in Kosovo jointly.

Special focus in the reconciliation process is put on young women who were born in the 90’s and were not active actors and witnesses of all social-political processes. Grown-up in the above explained narrative „enemy is on the other side“, but in majority free from the active memory on conflicts, they are seen for the active actors and change makers in the reconciliation process and the work with them is based on an objective to „refresh“ this process as much as possible. A revival can be recognized in the innovative approaches to dealing with this process (the usage of digital tools and social networks for the sake of rising awareness and empowerment of young women, but both communities as well as in general) also in the concrete activities which are based on the core of feminist principals (mentoring work of young women and girls from Albanian, Bosnian and Serbian communities, networking and support) as well empowering women from all around Kosovo and Serbia on the importance of the reconciliation process and the active engagement of women in it (Dialogue Caravan organized by Alumnae Network of Dialogue Academy for Young Women based on legendary Caravans of peace conducted at the beginning of 90’s and 00’s, led by prominent women and human right activists from the Western Balkans). Alumnae are conducting with the assistance of OSCE’s Missions and other donors’ variety of activities which aim to actualize the reconciliation process in terms of what are the visible and concrete results which can be achieved: the creation of safe space for young women who are eager to change the patriarchal and political narratives of their communities, as well as the creation of a sustainable reconciliation process. The main ingredients are the one as in all of the previous generations, the power of dialogue, final reconciliation and peace.

As I mentioned in the beginning of the article, this looks like a quixotic struggle which will apparently take at least as long as peace activism exists in this area. Even though areconciliation and dealing with the past are demanding processes and a ask for lot of faith in success and energy, the biggest motivation and “engine” for me as a peace activist are my co-fighters and friends from Alumnae Network of Dialogue Academy for Young women, as all women, fighters for a better tomorrow and ultimate peace in this part of the world. Thanks to all of them for being an infinite inspiration!

P.S. As the core of feminism and peace activism is the feeling of togetherness and belonging, the actual campaign which Alumnae Network of DA are conducting is photo contest under the title „Togetherness“ which is open till October 1st. Read here about more information on the contest that is designated for artists and creative people from the territory of Kosovo and Serbia.