The environmental damage is already done, and by reciprocally observing the past, one comes to realization that these environmental fluctuations are solely one part of an ongoing process that oscillates and comes in unfathomable waves of violence, ethical, racial and gender-based division and non-sensible behaviour towards all species and therefore, the Earth. 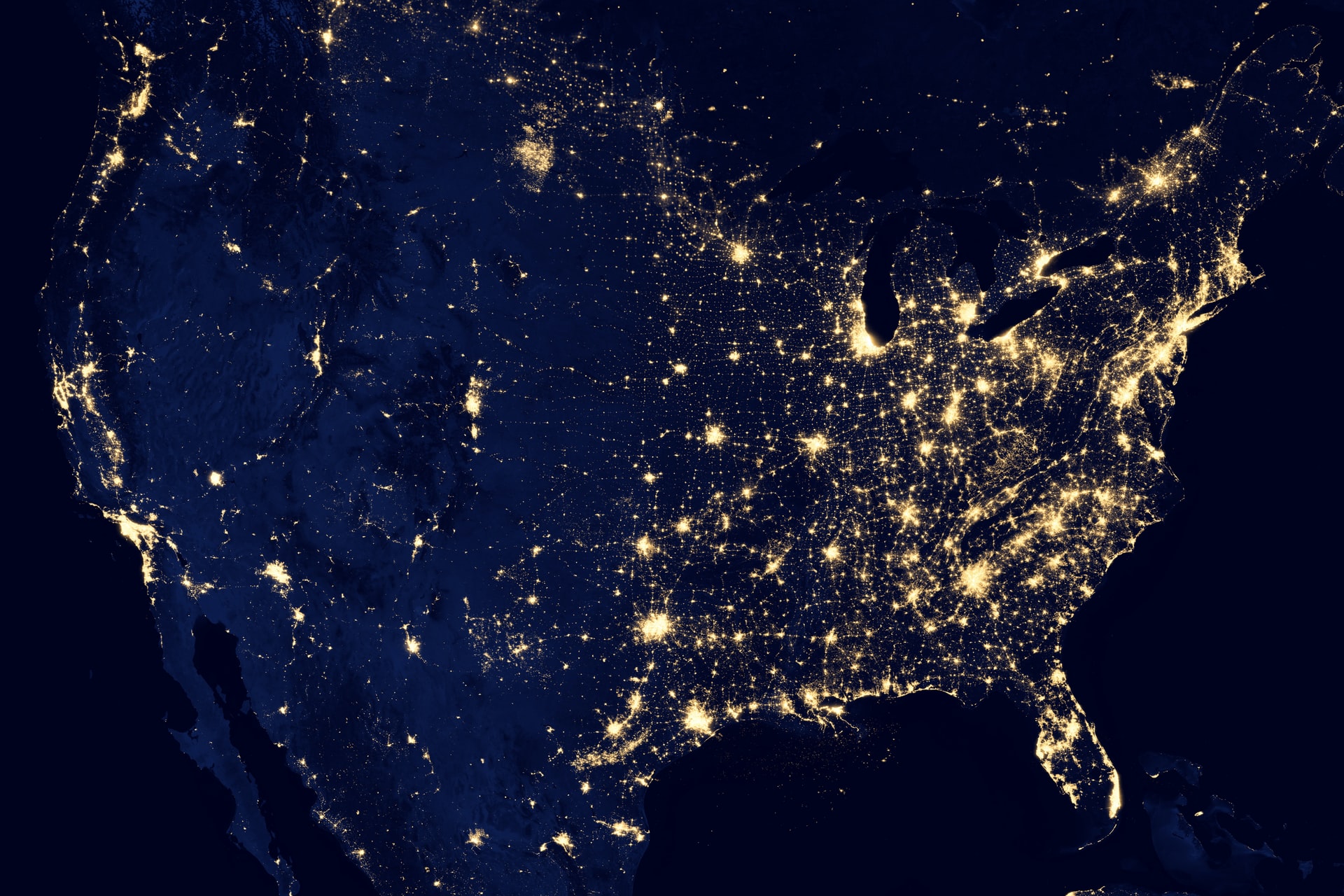 Considering the current ecological development and the incessant impact that some aspects of it are causing on a global level, Haraway’s latest book “Staying with the Trouble: Making Kin in the Chtulucene” (2016) explores both obvious and implicit ties between human beings and other species in contemporary contexts, primarily focusing on the consequences that are expected to arise in the post-Anthropocene era, while also reflecting on her already known writing approach that is deeply entwined with biology, anthropology and postmodern philosophy.

Her ways of discovering the influential link between making kin, native heritage, the Anthropocene and post-Anthropocene era that she refers to as the Chtulucene is a way of entering Haraway’s world of non-hiearchical living and thriving, above-gender reasoning of species’ living altogether, explaining the concept of making kin as the continuous linking between all species living on the Earth. At one point, she points out the threats that arise because of climate change and compares them to Hannah Arendt’s well-known “banality of evil”, stating that the continuous refusal of the reality that struck upon our environment is a perpetual process, a way of doing (or not doing) anything in particular to stress the severity of the situation, as the society is more keen on not thinking rather than thinking or caring about their surroundings and the impact that their everyday actions have on times ahead.

In his 2019 review of Staying with the Trouble, Oliver Basciano states: “Echoing her much-cited 1985 ‘Cyborg Manifesto’, Haraway calls for the flattening of any supposed interspecies hierarchy.  The Chtulucene era that (not-so) patiently awaits in the future, is described as a time when humans will have to abide and realize that their self-absorbed way of functioning and  continued exerting of a self-given superiority will only bring them to an abysmal end; thus, by “making kin” with all species (bacteria, insects, animals, humans) and by putting the hierarchical structures aside, the world will manage to alter further from a devastating yet inevitable end if the every-day functioning of species remains imprisoned in the hierarchical boundaries created by the human race. Haraway’s idea of the Chtulucene era’s existing opposed to the Anthropocene era does not disregard the fundamental elements of the Anthropocene era, or in the words of Basciano –  “…it’s that she believes the term imbues consideration of climate change and Earth’s many other environmental problems with an unhelpful and unproductive degree of inevitability, not least because it places humankind at the centre of everything.”

In the first chapter, Haraway is distinctly obstinate when talking about the “becoming” of species altogether (or as she likes to use the phrase “companion species” throughout the book) by not abiding the classical, conservative hierarchical structures that brought the Earth to Its pre-collapse Anthropocene era. Later on, she introduces the reader to the “Coyotes running Opposite Ways” Navajo string figures game, and is continuously referring to the response-abilities of people who are playing string figure games. By using words (and mathematical formulas) such as “Terrapollis”, “compost”, or “response-abilities”, Haraway is suggesting that this book can be perceived as a playful introduction to a very arduous topic that is arising as a major concern amongst humans in this day and age.

SF does not solely stand for string figures; it can also be speculative fabulation, science fiction or speculative feminism. By not defining SF with only one particular phrase, Haraway is leaving an open door for all sorts of practices to enter and become harmonized with one another, hence letting us acknowledge them bounded in unification, detached from all power structure games that human (or men) deliberately created and personified.

“String figures are like stories, they propose and enact patterns for participants to inhabit, somehow, on a vulnerable and wounded earth. My multispecies storytelling is about recuperation in complex histories that are as full of dying as living, as full of endings, even genocides, as beginnings. In the face of unreleasing historically specific surplus suffering in companion species knottings, I am not interested in reconciliation or reparation, but I am deeply committed to the more modest possibilities of partial recuperation and getting on together. Call that staying with the trouble.” (Staying with the trouble, pg. 10)

Haraway masterfully explores the value of the human-pigeon connection and exhaustively explains several cases where pigeons have been included in processes that can be useful for all species, such as Project Sea Hunt, introduced in the 70’s and 80’s in the United States, or PigeonBlog. She also writes about the solid, emotional side of the human-animal connection, referring to the famous San Francisco mural of Bird Man of the Mission, painted by Daniel Doherty. A homeless man is surrounded by pigeons; their connection is sensible and their affection towards each other mutual. On the other hand, the aforementioned Project Sea Hunt shows the reader that the human-animal connection is sturdier than one expects, and later explains how the US Coast Guard worked specifically with pigeons because of their strong observation capabilities of spotting human beings or equipment on water surfaces, much more successfully than humans can.

Because of the overall importance of the irrefutable bond between the human and the animal, in this case accentuating it by exploring this particular human-animal link, Haraway refers to pigeons as many different things in order to give them full gratification as their importance is vital. She refers to them as “spies, racers, messengers, urban neighbors, iridescent sexual exhibitionists, avian parents, gender assistants for people, scientific subjects and objects, art-engineering environmental reporters, search and-rescue workers at sea, imperialist invaders, discriminators of painting styles, native species, pets.” Pigeons’ accuracy is somewhat 93 percent correct when working in isolation, but if their friends are in their close surrounding (also human friends/keepers), they can be 100 percent accurate, which is an incredible result compared to the sad 38 percent of accuracy that us great humans possess.

“The varied and proliferating specificities of pigeons are astonishing. Codomesticated with their people, these other-than human critters nurture the kind of trouble important to me. Pigeons have very old histories of becoming-with human beings. These birds tie their people into knots of class, gender, race, nation, colony, postcolony, and—just maybe—recuperating terra-yet-to-come.” 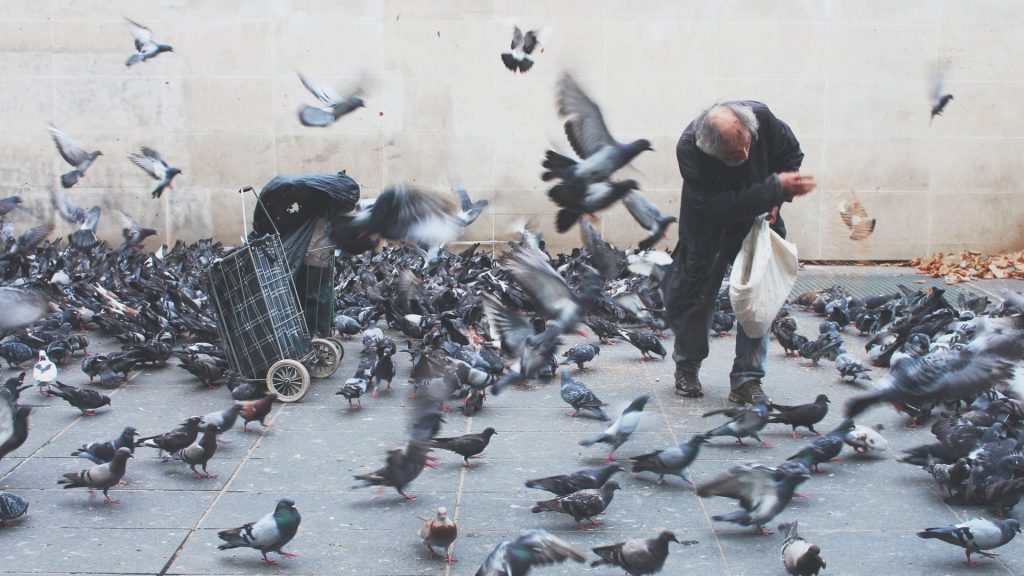 Additionally, among many other stories such as their capabilities to recognize themselves in the mirror or distinguish Monet’s or Picasso’s works of art, Haraway refers to a specific case when pigeons took part in the long and desperate fight against air pollution in the US (Chicago, more precisely). PigeonBlog was a collaborative project that included people coming from various fields all working together, but the main contributive factor would be the measuring of air pollution that can occur with a GPS/GSM device placed in the so-called “pigeon back-pack”. With this device, pigeons were able to measure the exact amount of air pollution in the air while flying. The device was created in a period of three months, and the people who worked on its creation were primarily focused on keeping the animals safe:

“The pigeons were not sim cards; they were living coproducers, and the artist-researchers and pigeons had to learn to interact and to train together with the mentoring of the men of the pigeon fancy. All the players rendered each other capable; they “became-with” each other in speculative fabulation. Many trials and test flights later, the multispecies team was ready to trace the air in string figure patterns of electronic tracks.” (Staying with the trouble, pg. 22)

The fourth chapter of the book is somewhat short, but effectively relevant; it makes the reader question themselves about the impact that human beings who are situated bio – culturally, politically, technically and historically have on the environment, in accordance with all other species on Earth. In addition, once again in a playful manner, she creates a broader perspective in line with the Anthropocene, adding the Plantationocene and Capitalocene:

“The Anthropocene marks severe discontinuities; what comes after will not be like what came before. I think our job is to make the Anthropocene as short/thin as possible and to cultivate with each other in every way imaginable epochs to come that can replenish refuge. Right now, the earth is full of refugees, human and not, without refuge.” (Staying with the trouble, pg. 100) 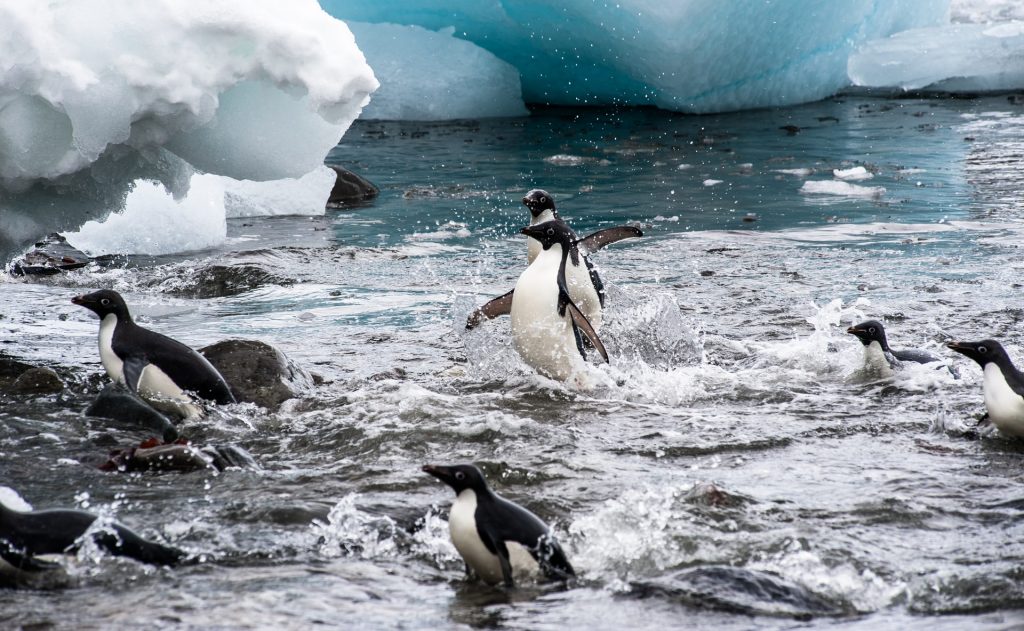 The relevance of Haraway’s writings is undoubtedly immense, noting that we are living in a period of time when ecological disasters, rapid climate changes and drastically higher levels of pollution on a global level are all encircling an economic system (or an entire era that Haraway likes to call Capitalocene) that is continuously crashing downhill. The environmental damage is already done, and by reciprocally observing the past, one comes to realization that these environmental fluctuations are solely one part of an ongoing process that oscillates and comes in unfathomable waves of violence, ethical, racial and gender-based division and non-sensible behaviour towards all species and therefore, the Earth. The first step might be understanding the basis of our actions, but also accepting the current situation without trying to worsen ongoing occurrences.  Dreaming of a non-hierarchical world reminds me of times when utopian thinking had been prevailing; however, one must question themselves if a world where structures are non-existent can quickly become a dystopian self-destructing environment.