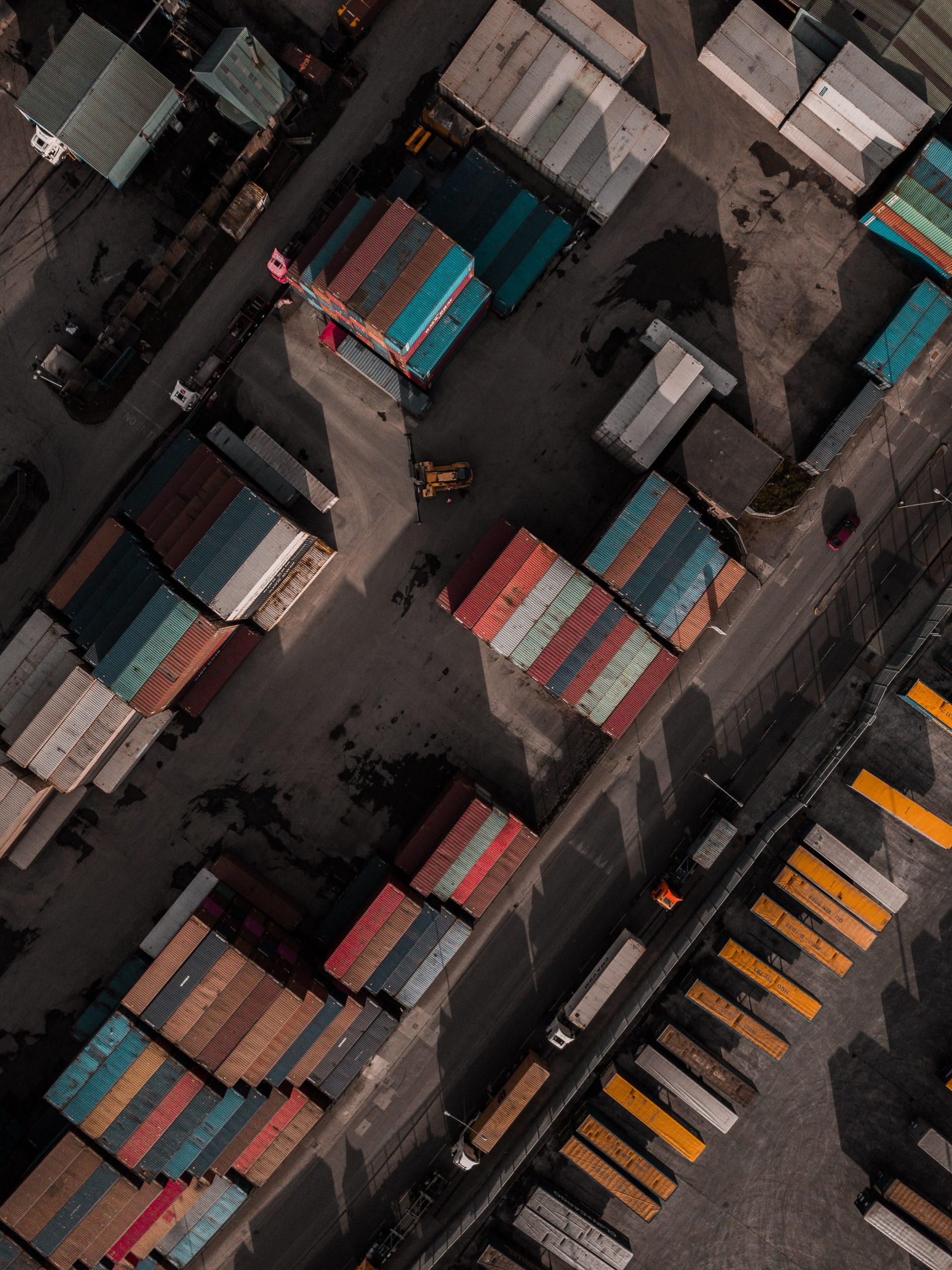 Before the emergence of landscape urbanism as a disciplinary discourse, a series of treatises have attempted to explain the complex space of the territory. Profound as they are, in different individual aspects, very few do not describe the territorial landscape as a vast terrain of indeterminate and uncertain transformations. Therefore, the focus of this paper gravitates towards a group of texts that elaborate on the image of the territory. The central idea is to explore the “terrain beyond the built” from a poetic, formal, and programmatic perspective and to coalesce these notions into one successive essay.

A formatively allusive understanding of undetermined spaces is given in the essay “Terrain Vague”, 1995, written by the Spanish architect Ignasi de Sola-Morales. The author informs the reader, not about any figurative or pragmatic findings, but indicates a rather metaphorical and subjective understanding of the landscape. However, in the introduction, Morales briefly discusses photo montaging; fragments of photographic images that do not show a real landscape, or a real city but steer the viewer into a specific realm of semiology. It speculates a more practical concept that casts light on a fundamental morphological comprehension that a landscape can be recognized through a series of elements if we consider the graphical images as such. I shall later discuss these signs coinciding with Greggoti’s article “The form of the territory”. Nevertheless, a poetic approach is essential, to begin with, because, as Morales suggests, the essence of the landscape may dissolve when it is bluntly verified with a set of already approved urban procedures. The author describes the field as an “empty, abandoned space in which a series of occurrences have taken place and subjugate the eye of the urban photographer. Such urban space, a terrain vague, assumes the status of fascination, the most solvent sign with which to indicate what cities are and what our experience of them is.” 1

Morales primarily explores the etymology of the word “terrain” due to the limited connotations of the English word “land”. The concept of terrain, in contrast to the concept of land, is more expansive, including more spatial connotations and moves away from the idea of an exploitation plot. “Vague”, on the other hand, confines with an abundance of ideas. From German ‘woge’ which is related to the movement of seas: oscillation, instability, and fluctuation. From French, the roots lay in ‘vacuus’, which yields connotations of vacancy, emptiness, and availability. Another meaning derives from the Latin ‘vagus’ closely linked to the origins in landscape urbanism, giving the sense of indeterminate, imprecise, blurred, and uncertain. The author insists that to decipher the field one must denote the space as a gestalt of dual indeterminacy. However, to better understand the terrain as a physical landscape it is vital to switch this poetic reading of an “empty” space towards figurative and formative theories. 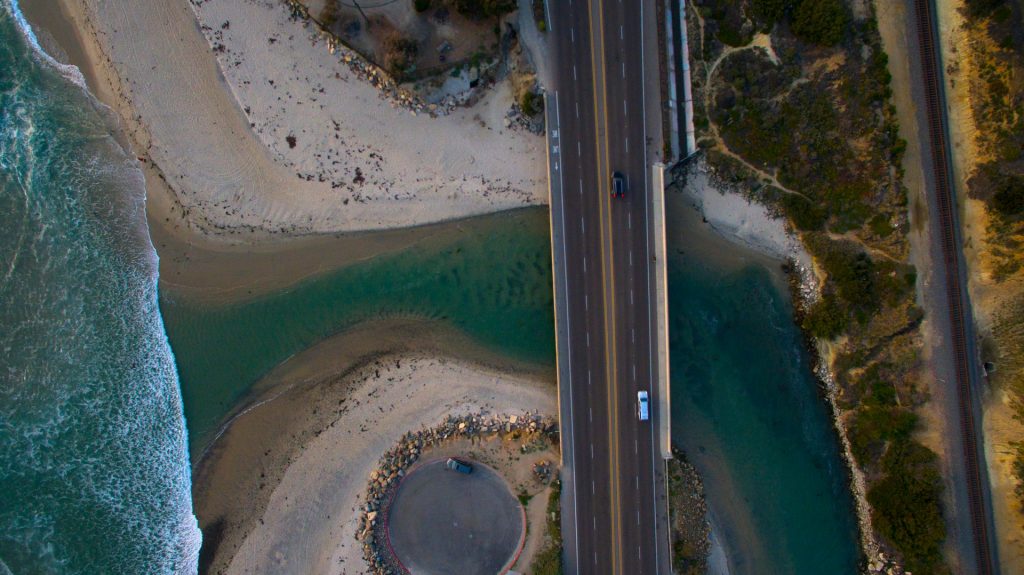 It is, in my opinion, easy to describe the overwhelming vastness of the terrain as uncertain and unknown and to conclude that contemporary city-planning does not do it justice. As Morales describes the common modern dweller seeking “ for forces instead of forms, for the incorporated instead of the distant, for the haptic instead of the optic, the rhizomatic instead of the figurative” and safely assumes that architecture is “forever on the side of forms, of the distant, of the optical and the figurative,” 2 I am forced to conclude that connotations of the sort give us no knowledge in discovering a new “modus-operandi”. Morales finishes his essay by stating that “today, interventions in the existing city, in its residual spaces, in its folded interstices, can no longer be either comfortable or efficacious in the manner postulated by the modern movement’s efficient model of the enlightened tradition. How can architecture act in the terrain vague without becoming an aggressive instrument of power and abstract reason?  Undoubtedly, through attention to continuity: not the continuity of the planned, efficient, and legitimized city, but of the flows, the energies, the rhythms established by the passing of time and the loss of limits… we should treat the residual city with contradictory complicity that will not shatter the elements that maintain its continuity in time and space.” 3  The fundamental question that Morales imposes is how to approach a terrain vague when all urban planning rules become obsolete?

Furthermore, to clarify some of the landscape mystics, I will reflect on the text “The Form of The Territory,” 1981, written by Italian architect Vittorio Gregotti. The work investigates the possibilities of a formal anthropological and geographical analysis of the landscape, discarding any theoretical matter. In contrast to “terrain vague”, Gregotti explores new formal methodologies in which the geographic dimension can coincide with that of architectural formation. Gregotti firstly explains how similar geophysical territories can differ due to their anthropogeographical origins and that its history and culture have subjugated a new understanding due to “geographical” reproduction. The author suggests that it is important to cast away these preconceived notions to discover a new meaning. “This experience benefits from new points of view and dynamics of observation, from recent means of communication, from original strategies for the realization of collective and individual objectives, and also from a diversity of signifiers whose image is imbued with the new scientific hypotheses about nature, matter, and space and with artistic creation of new and diversified figurative techniques.” 4

The author further elaborates on the necessity to expand the role of the architect and makes three points to why this is important. The first point reveals two coexisting (problematic) conditions:” the disappearance of the creative process as a linear process between form and function, analysis and synthesis” and “the object of architecture is no longer only identified with a building”. The second point suggests that the architect’s code as the “creator of forms” should shift and be repositioned in contexts of disciplines whose objective is to define functions. The third point identifies the landscape as a signifying environment and acknowledges that the architect can construct it.5 Gregotti stresses the fact that the abundance and potentials of constructing a landscape are not exclusively bounded to the physical realm but that the physical realm is the most revealing one. It enables recognizing the universe as the quality of matter and allows modulation if the landscape is perceived as an ensemble. As Hashim Sarkis explains: “Gregotti applies a duality of typo-morphologies, the field, and the ensemble, to organize and relate across scales from the architectural to the territorial.” 6 Moreover, a definition of a field can be detected when “the sign made by man or nature determines a formal ensemble that can be demarcated” 6.1. Additionally, one (large) field can be a constituted chain of elements or a macrostructure that cohabits a series of fields. However, what I find interesting here is the mention of the word sign in relation to word field (group of fields). Before exploring the meaning of the sings, here are the four steps by which Gregotti addresses the problem of terminology and a formal description of an “in situ” territory: 1. Reading and classifying formal typologies and anthropogeographical structures; 2. Implementing cartography of the formal values of the territory from the point of view of the geographical subsoil and the intervention; 3. Reading and representing signs of formal transformations generated by the introduction of planning structures; and 4. Establishing defining criteria for the repertory of forms.” 7

Now, essentially, the space of the territory has been demarcated into several fields (landscapes), each unique and itself limited. However, this limitation should transcend the factual and geomorphological boundaries if we are to discover concepts and operations unknown. If for a moment, these geophysical dimensions shift to spheres of meanings of signs there flickers a possibility for new curious findings. Intrinsically, man would primarily denote these fields by evoking an inventory of already known, learned, or obvious signs, which are in close relation to cultural and historical influences, and maybe this is the obstacle that we need to overcome. For example, a plot of land with furtive soil exploited for growths of vegetables would instantly be recognized as agrarian, “an unspoiled form of nature” which is recognizable in itself. This recognition is beneficial in the first steps of demarcating the terrain into fields. However, it limits the field to a primordial function and gives no further new opportunities.

What if we change the understanding of this well-established sign into something else. What if the agricultural field is no longer seen primarily for its land-productive feature but rather, for example, as a belt of transmission or a field connector. Could then this, perhaps, help us escape such well-learned notions and open opportunities for writing new inventories of meanings? Could this then inspire new concepts of approaching the terrain? On this subject, Gregotti writes that “the reversibility of this relation implies the identification of landscape as an autonomous form that can be remodeled with appropriate symbols that have yet to be deciphered.” 8

One interesting fact derives from this point of view: changing the signs of the elements can create an overall figurative concept that differs from nature by which it is surrounded. The landscape can be conceived as a continuous natural graph; a background against which the intervention stands out. 9 Also mentioned in the text are “natural totemic elements” or formations of the landscape that emanate such exceptional nature are recognized as physical references, such as the volcanic atoll, the acropolis, or the center of a radial plan. “For example, the analysis of contemporary mythologies and their relation to a semantic form of values could perhaps bring to light an already existing vast space of images, in which a formal structuring of the environment could be inscribed.” 10

To conclude, Gregotti leaves a set of pragmatic theories that should constrain or decrease the ambiguity of the space of the territory.

Lastly, I would like to address the landscape from a functional perspective relating to intrinsic programmatic concepts. In that manner, the landscape starts to act the ideology of urbanism. If we agree with Stan Allan’s “landscape is not only a formal model of urbanism today, but perhaps more importantly, a model for process”11 than we also agree that its programmatic features represent that same nature. According to Charles Waldheim, “the earliest project to unveil this potential for the landscape to operate as a model for urban processes were proposed by European architects/ urbanists interested in program and event as surrogates for contemporary urbanism.” 12 Waldheim points out two projects that describe the landscape as “analogous to programmatic change.” The first and second prize entries of the 1982 competition for Parc de la Villette in Paris.  A new “urban park for the 21st century” that spreads over a 125-acre site. Out of 470 submitted entries, only these two projects suggested a paradigm shift in the re-conception of contemporary urbanism. In these two projects, the first by Bernard Tschumi, and the second by Rem Koolhaas and OMA, the landscape is perceived as a form capable of dealing with complex intersections between public life and public events, urban infrastructure, and flexible enough to plot future unprecedented city scenarios. It did not focus on reproducing familiar public park typologies or typical city regeneration strategies. The latter demonstrates a construct of horizontal fields that would inadvertently change over time, a normed schema capable of cohabiting unpredicted circumstances in the future.

“The unbuilt scheme explored the juxtaposition of the unplanned conceit of parallel strips of landscape, now something of a canonical cliché, radically juxtaposed irreconcilable contents, invoking the sectional juxtaposition of various programs on adjacent floors of Manhattan skyscrapers as described in Koolhaas’s Delirious New York. As conceived by Koolhaas/OMA, the infrastructure of the park would be strategically organized to support an undetermined and unknowable range of future uses over time.” 13 -14

Finally, if the landscape is recognized as a geographical, socio-cultural, and philosophical construct through aspects of poetics, forms, and programs then any future transformations should become interventions that work together with the field and not against it.