Awarded by Stories to Change the World, Alexis Mercedes, 2020 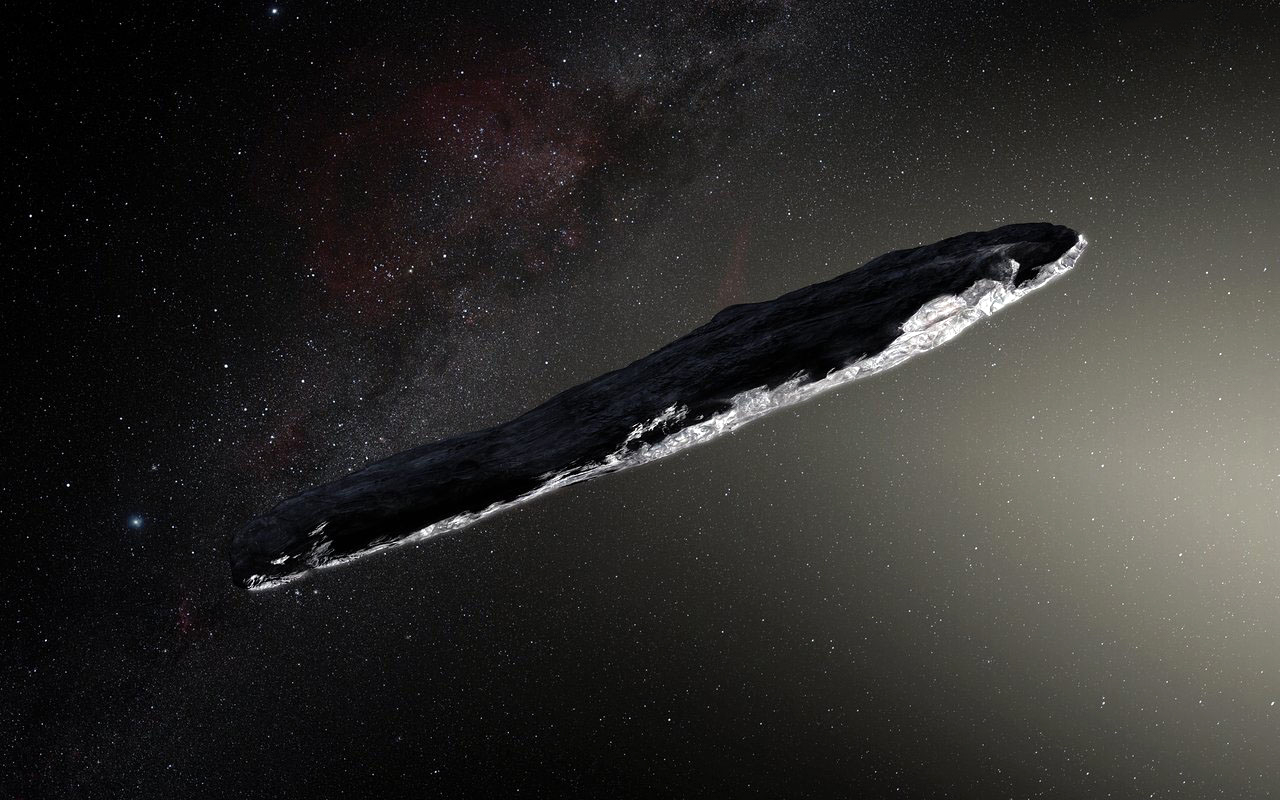 It was the final week of her shift and Artemis could almost feel the cryogenic liquid’s cool embrace inviting her to a long, well-deserved rest. She followed her routine as diligently as day one, but her mind daydreamed of the hibertank closing, her name on it.

Wake only on designated dates or in case of critical ecosystem failure.

The Smiths blasted over the ship’s communications systems in what Cpt. Volkov might term an imprudent waste of resources, but Artemis firmly believed in the therapeutic effects of music on the human (and animal!) psyche. Plus, some of her colleagues back on Earth hypothesized a beneficial relationship between auditory vibrations and plant growth… Dr. Kaulitsch sang along to How Soon is Now as she did her routine checks of the irrigation systems in Sector 2 (everything normal) and picked out a particularly juicy lettuce for her burger.

With only a few more meals to enjoy before plunging back into the icy reassurance of hibernation, Artemis intended to make the most of it. This morning she personally adjusted the settings on the breakfast bio-printer to make a significantly crunchier croissant. Overjoyed, she slathered organic apricot jam on it and ate it with glee. Lunch would have to live up to breakfast – the in-vitro meat might be lab-grown, but the onions, lettuce and pickles were all natural, straight from Sector 2’s bountiful, self-sustaining gardens. Humming the instrumental part of The Smiths’ masterpiece, she found herself even proud of her singing – who would’ve thought? Years of practice really do make a difference. Unfortunately, there was nobody awake to share her newfound talent with. Nobody except Martha.

“Feeling good, are we, doll?” Artemis asked as she walked back into Sector 1, magnetic doors wheezing shut behind her. Martha looked at Artemis with big, loving eyes and said:

“I know, girl, I know. Whatever ARE you going to do without me?”

“Don’t worry, I’ll be back in a few decades. You won’t even notice I’m gone.”

Artemis tried not to think about the blunt reality – not the same animal will greet her when she wakes for her next shift; it would be some different Martha, this one would perish from natural causes soon after Artemis goes into induced hibernation. Of course, her replacement was already being “brewed” (Artemis hated this word), so by the time she dies, Martha will have a genetically identical replacement. Whether or not it’s the same animal – who could tell?

This one stood unblinking by the metal fence of her enclosed pasture and wagged her tail erratically, as if swatting flies. Of course, there were no flies aboard The Proteus, nor anything else that could upset the delicate balance of life being transported towards its new home.

“Moooooooo!!!” Martha insisted with an urgency unusual for the noble animal.

Artemis noticed that the uneasy feeling she’d tried to suppress had grown into a barely manageable fury of anxiety pushing at the back of her eyes. Something was wrong! Dr. Kaulitsch shuffled to check whether Sector 1 was compromised. The main dashboard showed pressure a tad over 1.1 atmosphere, oxygen levels normal, and gravity a daring 1.2G (Artemis herself set this, welcoming the additional exertion as a way to combat aging). Everything looked normal… Martha seemed to have quieted down, too, so Artemis decided to have a bite.

From her coat she produced two purple burger buns, 3D-bioprinted and fiber-enriched. The sesame on the top bun was its ordinary color of pale sand that starkly contrasted the dough’s purple. She washed and diced the vegetables from the garden and then neatly set an arrangement on the bottom bun. Over them she trickled a generous layer of hamburger sauce and a few circles of jalapeño peppers – the only thing missing now was the patty!

Artemis circled around to the corner of Sector 1 where the coolers were housed. Some were refrigerators with food and drinks; others kept an assortment of various seeds and sprouts ready to be planted in Sector 2 (and, someday, their new homeland!); but the most valuable were the freezers preserving stem cells, DNA samples and egg and sperm cells of a host of animals from Earth. Their personal Library of Alexandria! With this blueprint of flora and fauna, this genesis particle of all life they know, they could make any planet with the appropriate conditions a home.

Artemis took a patty out of the food cooler, removed it from the protective foil and put it in the micro-fryer. There, just a couple of minutes and her farewell burger will be ready! Smiling, she put her hands on her hips. Then, with what felt like a kick to her chest, Artemis realized that the animal freezers in her peripheral vision was dark. Impossible! Every evening she double checked every last cooler before bed. How long has it been shut down? The blueprints could have thawed already! Oh, no… No!

“Moooooooooo!” Martha’s insipid cry drew Artemis’ attention to the entrance doors which presently opened with a wheeze. Barely recognizable in a blue hazmat suit, Dr. Dolinek dashed inside. He ran to Artemis who stood in silent shock and gently shook her.

“Dr. Kaulitsch! Thank God you’re okay!” the botanist exclaimed. “Why weren’t you there to meet me when my hibertank completed its cycle? I assumed the worst!”

“But… You’re not supposed to wake up for another couple of days!” Artemis managed.

“Doctor, it’s Day 1 of year 70, exactly thirty seven minutes after my hibertank was set to bring me back for my shift. You might have suffered psychological damage and dissociated, how long have you been inside this Sector? Why are these freezers off?!”

Artemis gasped for air, at a complete loss for words.

“Drink this sedative, please!” Dolinek gave her a capsule and produced a bottle of water. She gulped it down and relaxed in her chair as the micro-fryer loudly dinged. Dimitri took off his hazmat suit and sat next to Artemis who could only stare at him, unable to move.

“Phew! Well, that could’ve gone one of two ways. How lucky you took the pill! You’re paralyzed, see? Well, not entirely. You can talk.” Dimitri exclaimed.

“During my last shift I programmed the hibertank to wake me up earlier. Last night I turned off all the animal freezers and I terminated the tank germinating the cow’s replacement in Sector 4. What you see here is the last cow for a LOT of astronomical units in each direction! And now you’re going to kill her before you commit suicide.”

“Why?! I won’t stand for a world filled with suffering! Look at her! She’s nothing more than muscle tissue for you to grow into your perfectly delicious burger. Suffering-free. Right!”

“But it is suffering-free!” Artemis managed. “Lab-grown meat revolutionized food supply back on Earth, it’s what enabled us to grow and send colonizing missions in the first place! And she’s happy, she’s walking, she’s ruminating.”

“She’s nothing more than a slave.” Dolinek seethed.

“No! She’s my friend!” sobbed Artemis. “Have you forgotten she’s here for psychological comfort, too? What do you plan to do alone for your ten year shift?!”

“I’ll manage. Now, let’s try this perfect burger of yours. The last of its kind!”

Artemis sat immobile and watched Dimitri as he took the steaming patty from the micro-fryer, placed it on the delicious vegetable mountain she had made, and closed it with the purple bun. He bit into it with a look of delight.

“Mmm, delicious! Now, Martha will drink a poisoned pail of water which you yourself, Dr. Kaulitsch, have prepared for her. Truly a merciful way to dispose of the poor animal. Then you’ll write a suicide note. Oh, wait, you already have!” Dolinek took out an envelope from his coat pocket and placed it neatly on the counter. On it, with her own handwriting, was written “from Dr. Kaulistch.”

“Then I’ll wake up from my hibernation and find you here. Perhaps your poison had worked faster and you fell in the pasture, perhaps Martha took a little nibble of you? Ooh, how ironic! As per protocol, I’ll awaken Cpt. Volkov and together we’ll execute all appropriate crisis measures, then lament over your heartbreaking loss. Finally, we’ll go back to a new normal, eventually colonizing a world with no animal suffering!”

“So you’re willing to make me suffer, make Martha suffer, in order to end suffering?!”

“Justice can be ironic, too!” He went over to Martha who now looked desperate, as if sensing Dr. Kaulitsch’s dismay. He took a knee and set the poisoned pail in front of Martha.

The sad cow made for the toxic water, but then swiftly leapt forward and kicked her back hoof into kneeling Dr. Dolinek’s head, sending it into the metal bar of the fence. A crunch and a heavy “thud” later and he lay motionless, bleeding a crimson circle into the grass around his head.

Martha trampled over the pail and, clanging with her heavy hoofs, strutted the metallic corridor towards still-paralyzed Artemis. She licked the doctor’s incredulous face and said, reassuringly: “Mooooooo.”

awarded by stories to change the worldCultureenglish NewsLiteratureshort story
987
Share